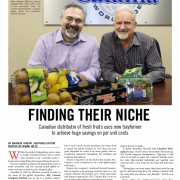 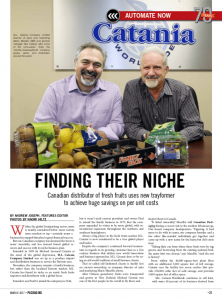 Within the global fruitpacking sector, more is usually considered better: more variety,more markets to tap—certainly many a business has tapped that plan to great financial success.But one Canadian company has shunned the ‘more is more’ mentality, and has instead found global renown and success with its niche business plan.Founded in 1929 by Michael Leonard Catania at the onset of the global depression, M.L. Catania Company Limited was set up as a produce import and distribution business to service the Toronto area. Nowadays, the company remains a family business,but rather than the localized Toronto market, M.L. Catania has found its niche as an exotic fresh fruits importer and distributor with a global focus.
Read more
https://www.endflex.com/wp-content/uploads/2018/01/Catania_Produce_Eagle_Packaging.png 896 662 Thiru https://www.endflex.com/wp-content/uploads/2019/12/EndFlex-Logo_White_400px-300x65.png Thiru2018-01-07 18:11:432018-03-18 18:37:29Finding their Niche 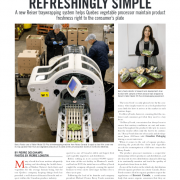 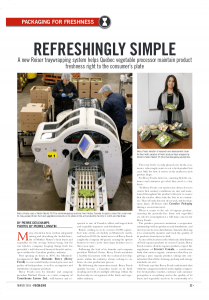 Many a book has been written adequately noting and describing the health benefits of Mother Nature’s fresh fruits and vegetables for the average human being, but for one Quebec company, keeping things fresh has provided a well-deserved financial benefit and respect within the Canadian produce industry.First opening its doors in 2007, the Montreal headquartered Les Aliments Bercy (BercyFoods) is a successful family-owned processor and packer of fresh produce, as well as an importer and distributor of organic products. Bercy Foods—run by founder and company
president Michael Orsini—is a sister company of Courchesne Larose Ltd. , well-known and respected as one of Canada’s oldest and largest fruit and vegetable importers and distributors.
Read more
https://www.endflex.com/wp-content/uploads/2018/01/Bercy_Produce_Eagle_Packaging_and_WeighPack_Systems.png 899 627 Thiru https://www.endflex.com/wp-content/uploads/2019/12/EndFlex-Logo_White_400px-300x65.png Thiru2018-01-07 18:07:422018-03-18 18:38:00Refreshingly Simple 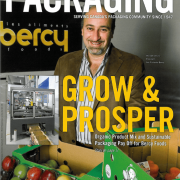 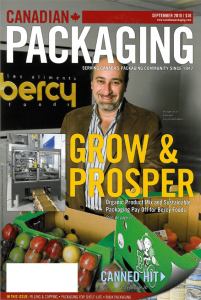 A healthy mix of organic products and sustainable packaging keeps Monteal produces company in the green. A diet rich in fruits and veggies has long been touted as a key prerequisite for sound nutritional health and lifestyle, and it has done absolute wonders in the last three years for the financial well-being of Montreal-based Les Aliments Bercy( Bercy Foods).