Case Erector Machine come the Boxxer product line. All are engineered to meet the production requirements of our customers. These case erector machines are as follows;

First off, is the Boxxer 2200 that is designed to take RSC or HSC knocked-down blanks from the bottom of the hopper. The blanks will be transferred to the sealing station where they will be squarely erected. After which, the minor flaps will be glued by melted glue while the major flaps are being plowed down. The process continues in the compression section where two rams will compress the flap in order to set the glue.

Second is the Boxxer 4000 that is designed to take HSC or RSC blanks from the hopper and erect them using vacuum cups. Next step will be to move the erected case 90 degrees along the glue guns that will apply glue to the minor flaps of the case. After the glue application, the major flaps will be then compressed. The process finishes off with the discharge of the case once the sealing portion is done.

Third is the Boxxer Auto-Lock that is built to load knockdown blanks into the hopper. It follows with the knockdown being pulled one after the other from the loading station and then erected. Once erected, the major and minor flaps will be folded, loaded and deposited into a conveyor.

Lastly, the machines will be seen discharging the finished output in an orderly manner. Our auto-lock case erector machine has standard features such as welded steel frame, Omron PLC, Venturi vacuum technology, a color touchscreen, quick changeover, and auto-idler.

Lastly, we have the Boxxer T-series that is designed to load RSC and HSC blanks, pull them one by one from the hopper, erect the case, then finally sealing it with tape, ready for discharge. Moreover, our T-series are equipped with easy load blank magazine and tool-less removable tape head allowing easy access to parts when cleaning and maintaining. These case erector machines are available in three models. 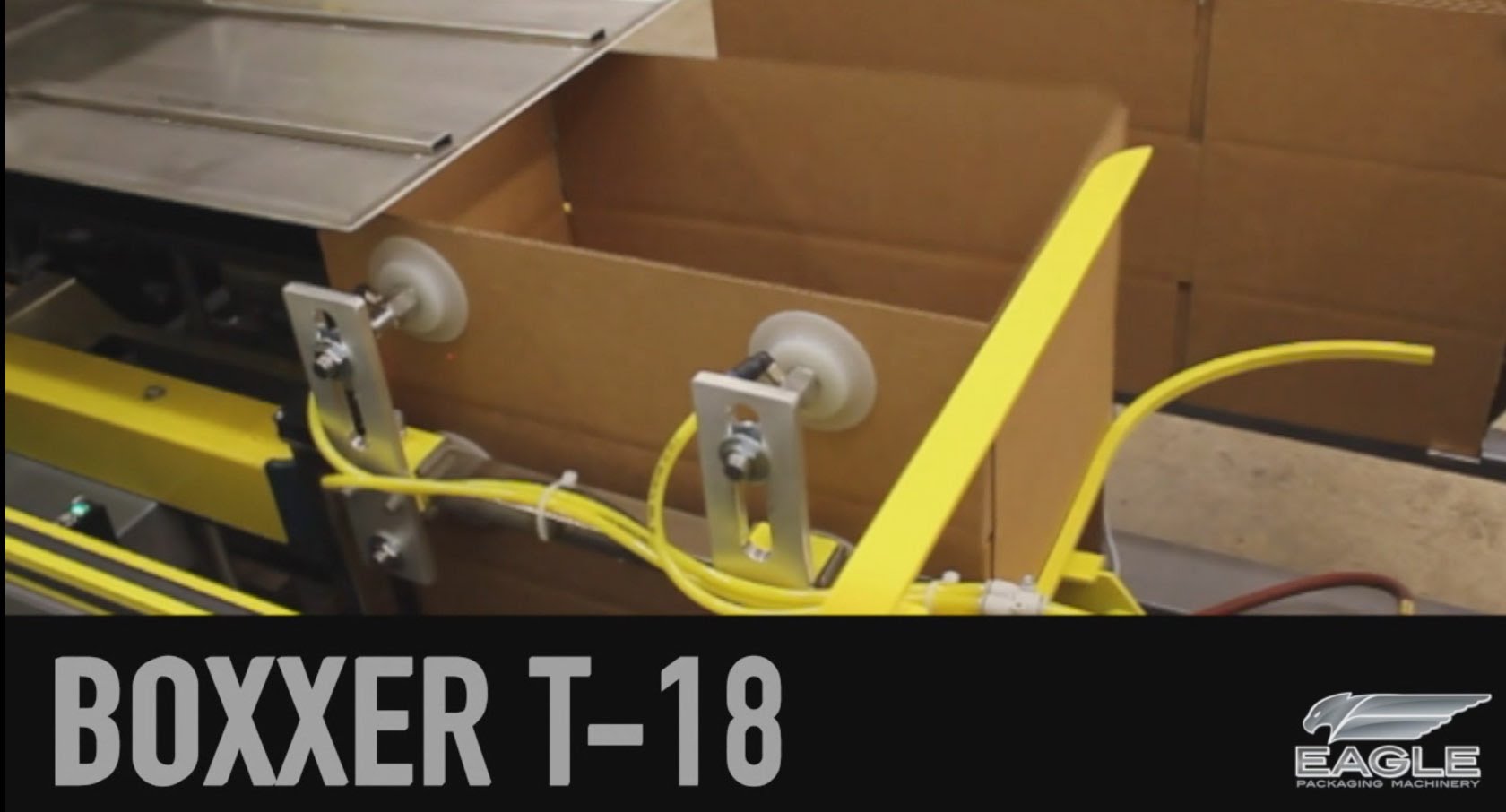